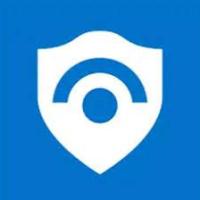 Learning Microsoft Sentinel, one KQL error at a time

Azure AD Privileged Identity Management is a really fantastic tool that lets you provide governance around access to Azure AD roles and Azure resources, by providing just in time access, step up authentication, approvals and a lot of great reporting. For those with Azure AD P2 licensing, you should roll it out ASAP. There are plenty of guides on deploying PIM, so I won’t go back over those, but more focus on how we can leverage Azure Sentinel to make sure the rules are being followed in your environment.

PIM actions are logged to the AuditLogs table, you can find any operations associated by searching for PIM

If you have had PIM enabled for a while, you will see lot of different activities, I won’t list them all here, but you will see each time someone activates a role, when they are assigned to roles, when new roles are onboarded and so on. Most of the items will just be business as usual activity and useful for auditing but nothing we need to alert on or respond to. One big gap of PIM is that users can still be assigned roles directly, so instead of having just in time access to a role, or require an MFA challenge to activate they are permanently assigned to roles – this may not be an issue for some roles like Message Center Reader, but you definitely want to avoid it for highly privileged roles like Global Administrator, Exchange Administrator, Security Administrator and whichever else you deem high risk. This could be an admin trying to get around policy or something more sinister.

Thankfully we get an operation each time this happens, ready to to act on. We can query the AuditLogs for these events, then retrieve the information about who was added to which role, and who did it in case we want to follow up with them. For this example I added our test user to the Power Platform Administrator role outside of PIM.

If you don’t want to automatically remediate all your roles, you could put the ones you want to target into a Watchlist and complete a lookup on that first. The role names and role ids are the same for all Azure AD tenants, so you can get them here. Create a Watchlist, in this example called PrivilegedAADRoles with the names and ids of the ones you wish to monitor and remediate. Then just query on assignments to groups in your Watchlist.

Now we can include being in that Watchlist as part of the logic we will use when we write our query. Keep in mind you will still get logs for any assignments outside of PIM, we are just limiting the scope here for our remediation.

Now to address these automatically. First, let’s create our playbook that will automatically remove any users who were assigned outside of PIM. You can call it whatever makes sense for you, now much like the example here, if you want to do your secrets management in an Azure Key Vault, then assign the new logic app rights to read secrets. The service principal you use for this automation will need to be able to manage membership of Global Administrators, so will therefore need to be one itself, so make sure you keep your credentials for it safe.

We want the trigger of our playbook to be ‘When Azure Incident creation rule was triggered’. Then the first thing we are going to do is create a couple of variables, one for the role id that was changed and one for the AAD object id for the user who was added. We will map these through using entity mapping when we create our analytics rule in Sentinel – which we will circle back on and create once our playbook is built. Let’s retrieve the entities from our incident – for this example we will map RoleId to hostname and object id for the user to AADUserID.

Then we grab our AADUserId and RoleId from the entities and append them to our variables ready to re-use them.

Next we use the Key Vault connect to grab our client id, tenant id and client secret from Key Vault, then we are going to POST to the MS Graph to retrieve an access token to re-use as authorization to remove the user.

We will need to parse the JSON response to then re-use the token as authorization, the schema is

Now we have proven we have access to remove the user who was added outside of PIM, we will POST back to MS Graph using the ‘Remove directory role member’ action outlined here. As a precautionary step, we will revoke the users sessions so if they had a session open with added privileged it has now been logged out. You can also add some kind of notification here, maybe raise an incident in Service Now, or email the user telling them they have had their role removed and inform them about your PIM policies.

To round out the solution, we create our Analytics rule in Sentinel, this is one I would run as often as possible because you want to revoke that access ASAP. So if you run it every 5 minutes, looking at the last 5 minutes of data, then complete the entity mapping outlined below, to match our playbook entities.

When we get to Automated response, create a new incident automation rule that runs the playbook we just built. Then activate the analytics rule.

Now you can give it a test if you want, add someone to a role outside of PIM, within ~10 minutes (to allow the AuditLogs to stream to Azure Sentinel, then your Analytics rule to fire), they should be removed and be logged back out of Azure AD.

3 thoughts on “Enforce PIM compliance with Azure Sentinel and Playbooks”